A much-discussed topic is the difference between an Azure Firewall and Azure Network Security Groups (NSG), particularly why one is chosen over the other in specific situations.

In this article, I’ll explain what these services are, what their differences are, which considerations lead to a choice between these services, and how they can be used together to enable zero trust.

What is Azure Firewall?

An Azure Firewall is a cloud-native and intelligent network firewall security service that protects cloud workloads running in Azure against threats. It provides traffic controls of both east-west traffic (between or within data centers) and north-south traffic (flowing in and out of a data center). Azure Firewall is a stateful firewall, with built-in high availability and unlimited scalability. 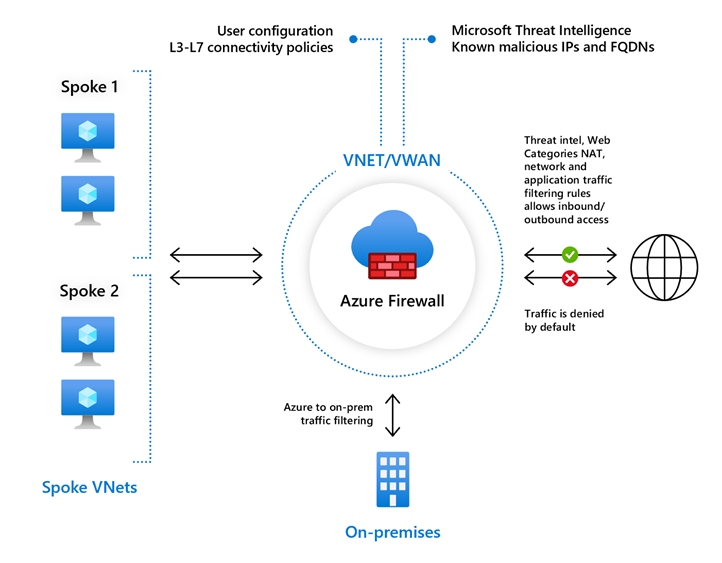 In addition to the features that an Azure Firewall Standard offers, Azure Firewall Premium gives you access to more advanced capabilities for IDPS (Intrusion Detection and Prevention System) based on signatures. It enables you to continuously search for specific patterns to detect attacks. 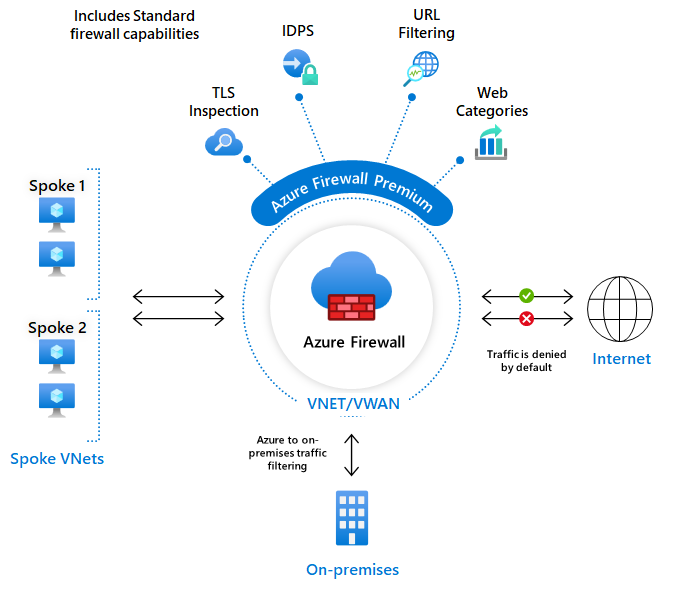 You can use Azure Firewall Manager to manage multiple Azure Firewalls in a centralized way, even if they exist in more than one subscription. It uses firewall policies to apply network and application rules and configurations to the firewalls in your tenant. 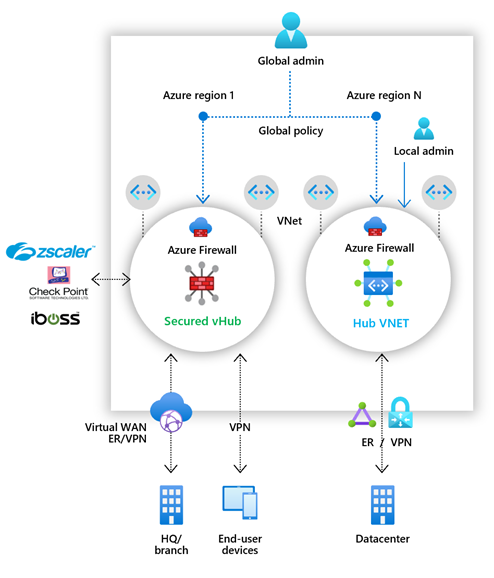 What are Network Security Groups? 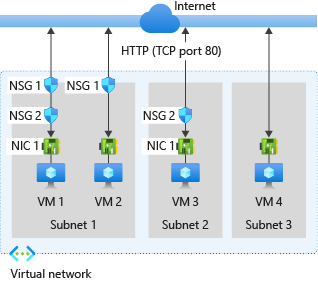 If you want to learn more about network security group provisioning and deployment, I recommend checking out one of my previous articles about Getting started with Azure Network Security Groups.

Choosing one over the other

What about third-party firewalls?

An often asked question is why someone chooses Azure Firewall rather than third-party NVAs (Network Virtual Appliances) from vendors such as CheckPoint, Palo Alto, or Fortinet.

A third-party NVA is an IaaS implementation, consisting of a virtual machine with a custom image from the vendor. The throughput depends on the size of the VM. Azure Firewall is a managed service that runs as active/active and scales automatically depending on the traffic flow. Azure Firewall is fully managed through Azure Resource Manager and supports your configuration in Azure Firewall to make changes and updates to the environment using the same code structure/framework. As a result, the deployment is less complex compared to third-party NVAs. In addition, Azure Firewall provides managed service tags for various Azure services, making it easy to update rules to approve/deny traffic to native Azure services. Like many firewall vendors, Azure Firewall has the logic of several built-in rule engines and threat intelligence. Microsoft’s equivalent is the Intelligent Security API. This can be leveraged if other support services are used, such as Azure Monitor and Sentinel for SIEM/SOC. Third-party NVAs cannot do this or less, making the choice for Azure Firewall more logical, because you can build on existing knowledge to build dashboard and monitoring points.

No. If you have a hybrid environment where existing firewalls exist based on vendor choice, then there is an existing set of rules for your whole environment. Linking an NVA from the same firewall supplier is very easy and straightforward, so it makes sense to reuse it in Azure. It makes the network and security operations easier if the situation of having a hybrid environment is going to persist for a while. While Azure Firewall offers many benefits, having multiple firewall providers makes troubleshooting difficult and inefficient as rulesets must be updated in several places.

Why is Azure Firewall so expensive?

It’s really not. If after reading this article you still think that you are not getting your money’s worth with Azure Firewall, then Azure Firewall is not for you. Find a solution or service that meets your requirements, and if that leads you to Azure Firewall, then the alternatives are not cheaper. To lower costs there are allocation and de-allocation methods available, which can be used through Azure PowerShell to stop Firewall billing and start again when you map or unmap the firewall as per your requirements.

Azure Firewall and network security groups work together to reach zero trust and deep network security. Together, they provide multiple layers of defense. If one layer fails, the other layer can stand in its place. 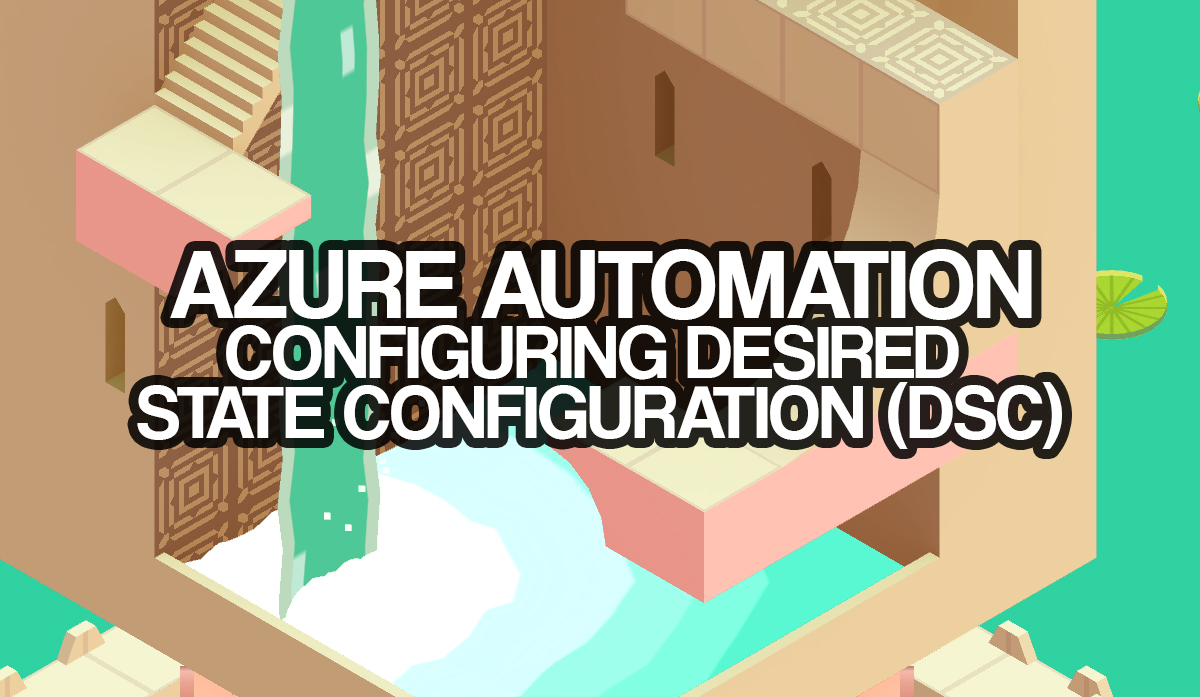 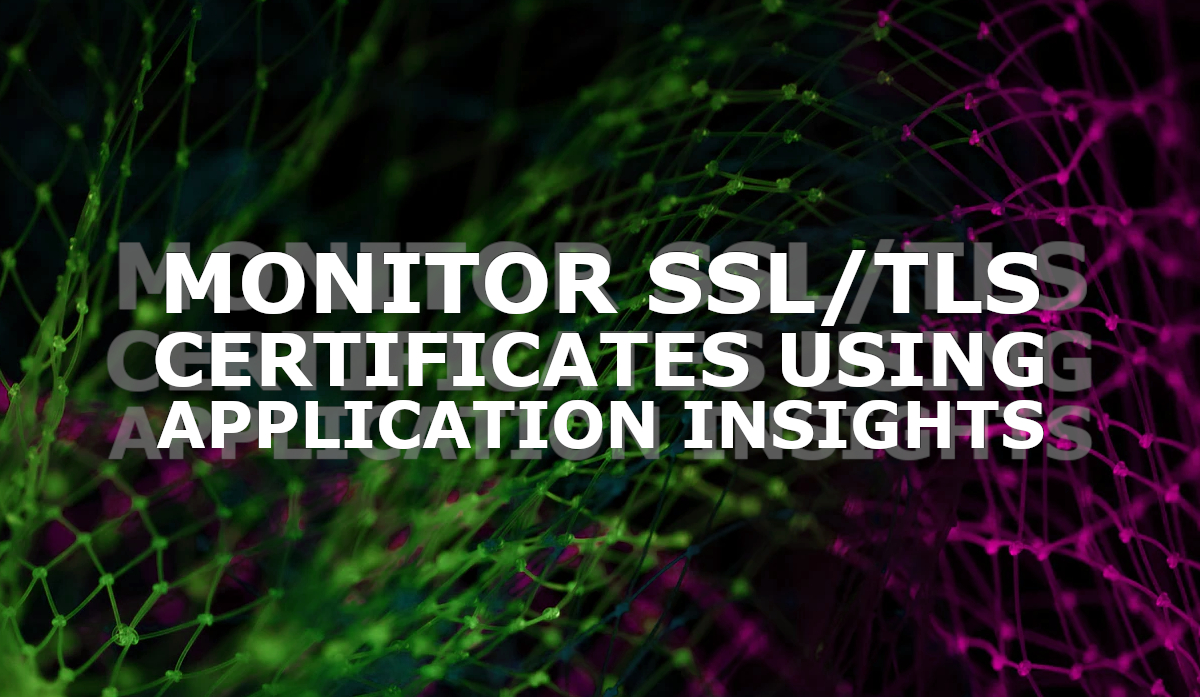